Do you have asthma?

Are you looking to buy an air cleaner?

But wondering, “Are ionizers bad for asthma?”

If you want to know if ionizers can affect asthma, then this guide is for you.

Below, we’ll cover everything you need to know about air ionizers and asthma to keep you safe and healthy.

Are Ionizers Bad for Asthma?

The short answer to this question is yes, ionizers are bad for asthma.

Air ionizers emit negative ions into the air as a way to clean it.

And those charged particles can cause issues for people who suffer from asthma or other chronic respiratory conditions like COPD and bronchitis.

We’ll explain this more in depth below, but for now, if you’re looking for an air purifier to help with asthma symptoms and triggers, there are better options available that are good for your health.

As an asthmatic, you’ll want an air purifier that includes a True HEPA filtration system. This type removes 99.97% of particles down to 0.3 microns in size, which includes the airborne particulates that cause breathing problems.

Check out our best air purifier for asthma and allergies to find a unit that’s for you.

That list includes the top asthma air purifiers that don’t have an ionizer.

True HEPA filters not only trap more contaminants, but they do it in a way that doesn’t release negative ions into the air that can irritate your lungs and respiratory tract like an ionizer.

If you’re still interested in ionizers, you can find our best ionizer air purifier reviews here.

Now that you have the quick answer to your question, “Are ionizers bad for asthma?”, let’s dive a little deeper to see how these machines actually work.

Most manufacturers market ionizers as an inexpensive way to clean the air inside your home.

And ionizers achieve this by releasing charged ions into a room.

These charged ions float through the air and attract dust, pet dander, pollen, and other allergens that can be found circulating throughout the space.

When the ions come into contact with pollutants, they create a bond that pulls the contaminants out of the air.

Now, there are some ionizers that don’t emit ions into the air, but rather have electrostatic collection plates.

These charged plates collect pollutants on the surface as air is filtered through the system. With this type of ionizer, you just wipe the plates clean to remove the trapped particles.

The process of ionization is harmless to most people.

In fact, negative ions already occur naturally in our environment. In nature, ionization happens when air is exposed to energy sources like sunshine, lightning, and waterfalls.

But, there are some things about ionizers that make them a bad choice if you suffer from asthma or have COPD or bronchitis.

There is research that shows that the ions that are released by ionizers can irritate the lungs and respiratory tract in people who have chronic respiratory conditions.

The goal of adding an air purifier to your home is to remove the pollutants that might be impacting your asthma.

However, using an ionizer probably won’t have the desired outcome if you have asthma, and it could make matters worse.

Something else you should know is that some ionizer models emit trace amounts of ozone.

And that substance can bother people with asthma.

The federal government restricts medical devices like air cleaners to 0.005 ppm of ozone production to keep these devices safe for humans, but not all ionizers follow that standard.

Additionally, there are several brands of ionizers that double as ozone air purifiers.

People who are exposed to ozone have reported chest pain, coughing, shortness of breath, and generalized inflammation.

So, whether you suffer from asthma or not, using an ionizer that also emits ozone might not be the best choice when it comes to adding an air purifier to your home.

You can use these types of air cleaners safely as long as you’re not inside the home while they’re running.

That means you can turn the ozone generator on, leave the house, and let the machine do the work to clean the indoor air.

Once you return, you can shut the machine off and the ozone particles will dissipate.

Differences Between Air Purifiers and Ionizers

One of the biggest differences between traditional air purifiers and ionizers is how they function.

If you get a standard air purifier, it will use some form of a HEPA filter to trap and contain various airborne pollutants that may irritate your asthma.

One of the best options that you should consider for this job includes getting an air purifier that contains a True HEPA filter.

True HEPA filters have the ability to trap particles that are as small as 0.3 microns in size, which includes ultra-fine dust, pet dander, pollen, bacteria, and other common asthma-inducing allergens.

In many cases, traditional air purifiers are more effective than an ionizer too, which means they are better at removing particles that may irritate your asthma.

For more information about the differences between these two air purifiers, we have another article that goes more in-depth on this topic here: HEPA air purifier vs ionizer.

With more information, you’ll be able to make a better decision about which air purifier option is right for you.

After reading this guide, you now know are ionizers bad for asthma.

As you discovered, air ionizers can irritate the lungs and respiratory tract of people who have asthma, COPD, or bronchitis.

So, ionizers are not the best choice for people with those conditions.

Additionally, some ionizers also produce trace levels of ozone, which can further irritate the lungs. And, some models double as ozone generators which are not safe for anyone to be around while they’re operating.

If you’re hoping to improve the indoor air quality of your home, there are other types of air purifiers that will work better for you.

Check out our best air purifier for asthma and allergies to find one that will work best for you. 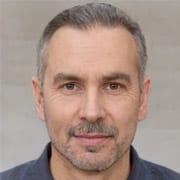 David is an Air Quality & Comfort Technician. He has expert knowledge on the technology and design of air purification, air conditioning, and heating systems. His main role is to write content that helps people get the most value out of their air purifiers, air conditioners, and heating units. (See Full Bio)